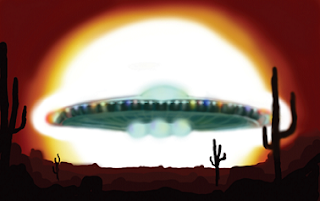 Below is the sample first three chapters of my new novel Roswell Rising- a Novel of Disclosure. (I originally gave it the working title of "Aurora"). I've posted it here on Ben's Bookcase on July the 8th, World Disclosure Day 2015. I describe the full background to the story here: http://hpanwo-bb.blogspot.co.uk/2015/05/aurora-new-novel.html. It all began when I was listening to a recent interview with the Exopolitical activist Stephen Bassett and he said something very interesting. He was discussing the beginning of what he calls the "truth embargo", meaning the cover up of the presence of extraterrestrials. According to him it took place on the 8th of July 1947 at the press conference in General Ramey's officer at Fort Worth, Texas USA when the fake weather balloon story was initiated in order to suppress the reality of the Roswell Incident, see here from about 1.35.00: https://www.youtube.com/watch?v=pfnwqSeR_fE. At one point he says: "... To write a book in which ends up triggering Disclosure in 1947 and describe the rest of the 20th century after that. I'm sure somebody will do it, but not me..." As I listened it struck me all of a sudden, why don't I do that? I emailed Steve and told him my intentions and he was very supportive. So that's what I'm doing.

Obviously this tale begins in in 1947. That's a problem because the setting is a place I've never been to in an era long before my birth. I'll need to do a lot of research to make it accurate and will probably need some help from others; in the meantime I'm flying along by guesswork and the Internet. I've never written a historical novel before, so bear with me. As creative writing teachers say: "Don't get it right, get it written!" Steve calls the UFO cover-up the "truth embargo"; he has his own terminology for most things. According to him its advent can be timed very precisely to that day, 8th of July 1947. The Roswell Daily Record newspaper published a headline article entitled "RAAF captures Flying Disk on Ranch in Region". This was based on an official press release by the local air base, however it seems that immediately afterwards a different decision was made higher up the chain of command and a second press release was organized later that day by General Ramey of the Eighth Air Force explaining that the "flying disk" was nothing more than a weather balloon and that the local intelligence officer, Major Jesse Marcel had made a mistake. The rest is history... real history. My job is to change that history. I'm going to have to imagine exactly what Steve proposed, that after the initial press release from the RAAF, the decision was made not to cover it up. In other words we had Disclosure right then and there. What would be different? What would be the same? It's not an easy assignment, but I'm capable I think. What follows is the first sample chapter of the novel; I might publish other sample passages before the book is finished. When the full book is available the first chapter of the finished product will probably be different to what you'll read below. This is merely to give you a taster. Hope you enjoy it. To purchase the entire novel, see: http://hpanwo-bb.blogspot.co.uk/2016/08/roswell-rising-is-here.html.
...............
Roswell Rising- a Novel of Disclosure
(Sample First Three Chapters)

Rising- a Novel of Disclosure
by Ben Emlyn-Jones