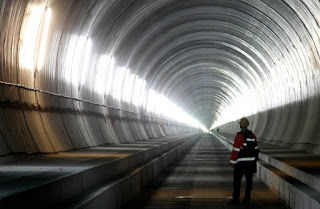 I've always echoed the old maxim that writing is more perspiration than inspiration, and it is. However there does seem to be an external force at work when it comes to regulating the flow of creative juices. After posting the sample chapter for Revealed- a World After Disclosure, see: http://hpanwo-bb.blogspot.co.uk/2016/12/roswell-revealed-sample-first-chapter.html, progress stagnated to me making a few notes and mulling the story over in my head. That's been six months now, so it's time to move on. I don't feel guilty; my workload in other areas over the winter and spring has been phenomenal. Also it's not an excuse to say it just didn't feel right to continue. I've been writing long enough to know that it is futile to try and set sail when the wind is not blowing. The offence is committed when a writer misses an opportunity by staying ashore when the wind picks up, and I hope I never do that. That time is now. I have committed myself by making a video trailer on HPANWO TV, see: http://hpanwo-tv.blogspot.co.uk/2017/06/roswell-revealed-trailer.html. It took me just over a year to write Roswell Rising, but three quarters of that was mulling and scratching notes about how to break through "the Wall" etc, see: http://hpanwo-bb.blogspot.co.uk/2016/02/roswell-rising-update-february-2016.html. Once I gathered momentum I worked pretty quickly. Actual total writing time for Rising was probably less than three months. I have now begun the continuing draft of Roswell Revealed. My forecasted workload over the remainder of the summer is far easier than previously. Nevertheless this means, among other things, that the second edition of Rising is now postponed, as is the ebook, see: http://hpanwo-bb.blogspot.co.uk/2016/11/big-print-update.html. I no longer have time to do it, so Rising will remain on sale in its present form, small print, typos and other warts and all. Apologies to those who found it unbearable; but remember it will also remain at its current bargain price of nine pounds. I'll start work on an improved edition as soon as I have finished Revealed, probably of both books. The major problem with Revealed is that it is a sequel to Rising. It is a continuation of the same story with many of the same characters in the same scenario. Some series authors try to claim that their various volumes can be enjoyed as standalone books; but that is dishonest in every case I've come across. I'm not going to pretend otherwise; there is no point reading Revealed unless you have already read Rising. This means I'm writing a book for a greatly reduced market. I'll probably end up doing a discount package for both books together. I'll post another update as soon as there's news.
Posted by Ben Emlyn-Jones at 09:45